As a community, we are very concerned with the approach taken by Councillor Shawn Nason and the majority of the Infrastructure Renewal and Public Works (IRPW) committee on June 9, 2022. We do not support the motion to remove infrastructure from bus stops on Regent Avenue or anywhere else. These types of actions are regressive, punitive approaches to poverty and homelessness that have proven failures.

In the absence of adequate housing and safe consumption sites, people inevitably use substances in public spaces. Dismantling one or two bus shelters does not address this, as was openly admitted at the June 9 IRPW meeting. Safe consumption sites are an evidence-based best practice for reducing harms of street-level substance use. The only solution to homelessness is housing; and housing is a human right. To address street-level homelessness and substance use, the City must invest in safe, supportive, culturally appropriate housing, consumption sites and mobile outreach services. In this way, relationships between community outreach teams and unsheltered residents can lead to an even greater number of successful housing placements than local outreach providers are already achieving.

The Kíkinanaw Óma Strategy contains many solutions-oriented recommendations, including interim steps such as a guide for the public on what to do if they encounter folks who may be unsheltered. The City of Winnipeg is a key partner in the strategy, alongside lived experts, other levels of government and community organizations such as End Homelessness Winnipeg, Main Street Project, 1JustCity, Aboriginal Health and Wellness Centre, West Central Women’s Resource Centre, Right to Housing Coalition, Fearless R2W and others. The City’s own Encampment Support Process is grounded in this strategy, stating that the City of Winnipeg is committed to working with partner agencies to find long-term solutions for supporting unsheltered Winnipeggers. The City’s own process also states that, at all times, the City’s actions will be guided by the human rights based approach outlined in A National Protocol for Homeless Encampments in Canada, issued by the UN Special Rapporteur on the Right to Housing.

The motion to dismantle bus shelters undermines these commitments. Rather, it blames people experiencing homelessness and people who use substances for a host of issues – related to community safety, housing, health, public transit, waste removal and maintenance of public space – that are the responsibility of municipal and other levels of government. In this sense, it is a mere distraction from urgent City Council priorities. Further, when leaders at City Hall misrepresent the City’s approach as ineffectual because it takes time, during which homelessness remains visible, they undermine Winnipeg’s commitment to the UN Sustainable Development Goals, and to Reconciliation with Indigenous Peoples.

Housing successes in this context still occur, in collaboration with every mobile outreach provider that has casework and navigation supports. Achieving results takes time, due to siloed and bureaucratic government systems that must be navigated to access housing: income assistance, identification, primary care, disability services, cultural supports, justice services, mental health and/or addictions treatment, all of which must be arranged separately, often with long wait times. This creates barriers to access and trust for people, even with the best-trained, housing-focused, peer-led outreach available.

In the interim, bus shelters can provide refuge from the elements and a sense of safety to community members, as well as a place to gather. They likewise provide a critical amenity to people who have housing and do not use substances in public places. Taking bus shelters away and blaming this action on “homelessness and drug use” only reinforces stigma, fear and hatred toward people without homes and with substance use concerns.

The stigmatizing and hateful language used by some Councillors to describe our unsheltered friends, relatives, and neighbours – in some cases literally comparing them to trash or excrement – is the most shocking and deeply concerning aspect of this issue. It is clear that some Councillors deem people gathering in bus shelters as undeserving of the most basic human respect or dignity, let alone rights. Proposals to dismantle bus shelters, implement hostile architecture (such as slanted benches as proposed at the IRPW meeting), and “move people along” deepen the rights violations and accessibility barriers faced by people who are already experiencing daily violations of their right to live in security, peace, and dignity.

We urge the City to undertake the following:

These actions will help to achieve the City’s stated goals and commitments to human rights and Reconciliation.

Organizations signing onto the statement: 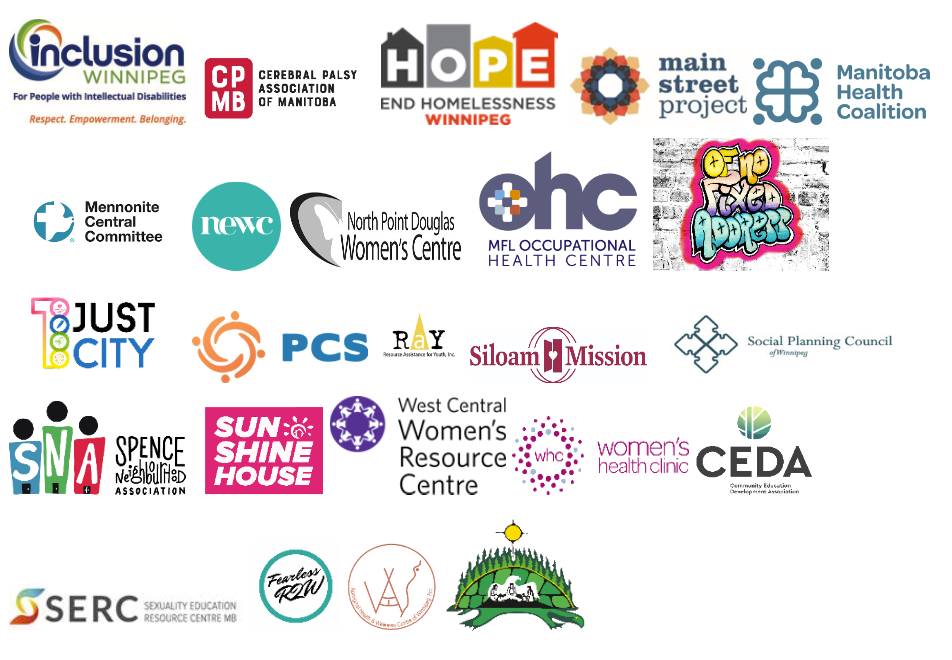